Your First Training Course in Trading and Investment

You are here: Home1 / Manual2 / English3 / Your First Training Course in Trading and Investment 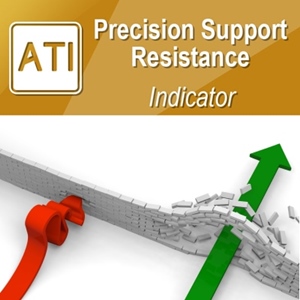 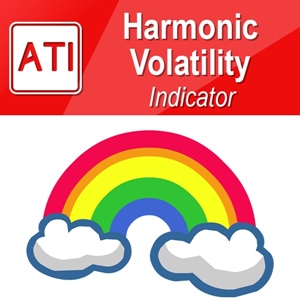 Below is the Text Summary From the Full PDF Article:

Your First Training Course in Trading and Investment

Background
I often observe starters and junior traders rushing to live trading when they are not even fully trained to go to live trading. There can be many reasons behind this. One possible reason can be due to the fact that they have lack of understanding on trading and investment itself. Another reason can be that they are psychologically too optimistic without realizing that there are so many variables and uncertainty in trading and investment. Then why do we trade and invest with all these variables and uncertainties? We do trade and invest because it is a lot easier to make quick profits comparing to setting up other business by yourself. For example, if you want to set up a restaurant, you will start with loads of paper works first. But that is just a fraction of what you have to do. You have to concern about where to open your restaurants, how many people to employ, what menu you want to provide, etc. In addition, you have to worry about paying your monthly rent to your building owner and other bills, labour cost, etc. After all these headaches, your ROI (return on investment) from your restaurants can be barely just 20% annually on average. Trading and investment does not require any physical site to operate. You will only need a good computer and good internet connection. But your ROI is often much higher than running a restaurant. So here is a clear reason why a lot of people much prefer to become a trader rather than running a restaurant or other business. However, instead of all these advantages, traders and investors should not trade on live without sufficient trading skills because you are also taking risk of losing your money. This is not to say that you can’t lose money from running a restaurant or other business. Last year one of my close friends finally closed his restaurant after 7 month struggle. He lost about 60,000 US dollar during these 7 months. The main reason for his loss was that there was too much competition around the area and he could not overcome the cost such as labour cost and monthly rents. Anyway anything you do without good preparation, there is a good chance that you will be exposed in negative outcome than positive outcome. So here let’s focus on become a good trader.
Trading and Investment requires multi disciplinary operation and this is not easy to learn for people who do not have access to some organized learning and educational resources. Of course, there is an established route for graduates through Investment Bank or Fund Management Company when they want to follow professional career path as traders and investors.  Normally full or partial training will be given to the some smart candidates from the firms for several months. However, such an opportunity may be not available to everyone. We wish this article can serve starters and junior traders as some good guide line to start their trading and investment. In this article, we will spend sometimes to explain the fundamentals of support and resistance which are, in my opinion, the most important lesson for starters and junior traders.

Different Types of Support and Resistance
Now we have learnt that the price will either penetrate hard or bounce back hard at our support and resistance level with unusually high volatility. Now the question is how we identify these support and resistance from our chart. Of course, your trading performance will really depending on how accurately you can identify important support and resistance. There are large of number of established techniques by traders over several decades. However, some are easier to use and some are more difficult to use. The accuracy also varies a lot from techniques to techniques.

1. Daily Pivot Point
One of the simple ways to identify support and resistance is to use daily Pivot point. Pivot point can be calculated simply using previous high, low and close price. Experienced traders normally take daily pivot levels very seriously. For example, today I saw on GBPUSD price was below Resistance 1 of the pivot point. After couple of hours later, the GBPUSD penetrate beautifully Resistance 1 of the daily pivot point. Also the GBPUSD stopped at Resistance 2 of the daily pivot and it pretty looked like someone programmed. So this phenomenon exactly matches our operational definition of support and resistance either penetrating hard or bouncing back hard with unusual high volatility.

Figure 4: Support and Resistance lines defined from historical price patterns. This methods work pretty well for most of market yet.

3. Support and Resistance using Fibonacci Retracement
Fibonacci Retracement is a favourite tool for many traders. Indeed many traders base their entire trading strategy on Fibonacci Retracement.  You could use this technique to identify support and resistance too. To do this, you may need to identify two peaks including highest point and lowest point in your chart. Then you can draw retracement level in Fibonacci number including 23.6%, 38.2%, 50%, 61.8% and 100% etc. One drawback of this technique is that the choice for two peaks can be quite subjective and I am sure that many traders will draw quite different support and resistance levels using this method as they will pick up different peaks. The similar but much more powerful support and resistance detection is also possible using XABCD points of Harmonic Patterns. We will explain this in depth in next section.

One disadvantage of using these PRZ lines is that it is really tedious task for drawing 4 Fibonacci Retracements manually. I have seen some traders doing this painful task manually but the problem is that their drawing becomes quite subjective and inaccurate as they start to feel tired with their drawing. In addition identifying 3 or 4 overlapping Fibonacci Retracements are another subjective task for human eyes. If you want to save a lot of time and efforts from drawing these PRZ lines manually, then you can use our Harmonic Pattern Plus or Harmonic Pattern Scenario Planner to draw these PRZ lines automatically for you. They will do these repeating and tiring task less than 1 second for you. You will get only reported important PRZ lines on your chart. You can even lock these PRZ lines for you to use as a reliable support and resistance lines.

Figure 6: Fibonacci Retracement from XA and BC upwards legs.

Figure 9: All fuzzy PRZ lines are automatically filtered out. Only clustered and overlapping PRZ lines are shown from Harmonic Pattern Plus. As you can see, it is much easier to spot the entry with harmonic patterns.

Figure 15: Small Nested Harmonic Patterns with PRZ entry confirmation. Naturally confirming your entry with both diagonal support and horizontal support give you highly accurate trading setup. High volatility around PRZ lines helps you to achieve the profits so easily too.