First type is non lagging but repainting harmonic indicators. This sort of Harmonic pattern indicator is the typical harmonic pattern indicators used by many traders. The advantage is that you do get the signal early as possible. You have an opportunity to trade from the turning point all the ways down to the continued trend. The disadvantage is that you are not able to test your strategy in chart because this type of harmonic pattern indicator does not show the entry of the failed patterns in chart but only successful one. In fact, Harmonic Pattern Plus and Harmonic Pattern Scenario Planner are under this category. They would provide the fastest signal but you will not able to test your strategy in your chart because they do not show the failed entry in chart.

The second type is that lagging but non repainting. Some people use pretty words like minimal lag Harmonic pattern indicator or etc. But really lagging is just lagging. You can not make it really pretty though. As the literal meaning of lagging indicates, this type of harmonic pattern indicators provide you the lagging signal comparing to the first type.  It will only provide you the signal after some times passed the turning point. Hence, you do not have an option to consider your entry from turning point. Depending on the pattern size, sometimes, the lagging can be only several bars but it can range up to several dozens of bars like 30 or 60 bars. Sometimes, your entry might be at the first reversal after the turning point. Hence you have be careful with this sort of entry. The advantage is that you will not experience repaint with the latest pattern though. I am not sure if non repainting property can offset the disadvantage of lagging signals because professional harmonic pattern traders are looking for the turning point entry.

The third type is that detecting pattern at C point completion not at D point completion. This type of Harmonic pattern indicator do exists. This type of Harmonic Pattern indicators detect patterns way too early at the point C. For this reason, you have to wait quite some time to trade at point D. If you are trade on higher time frame like H1 or H4 or D1, you might have to wait at least half days to several days. You might run out of your patience quickly with this type of Harmonic Pattern indicator by just waiting and waiting. Since, it is detecting pattern at point D, you are not able to see any failed entry in your chart either. So it does repaint. What is worse is that the pattern can be disappeared while you have been waiting some time. You are just wasting your time in this case.

Some people asked me if they can trade from point C to D. The answer is no because we only recommend to trade with patterns if we can study the outcome of the patterns. Since Harmonic patterns are the study of trading on point D not on the point C, it is not wise to use point C as your trading point.

By summarizing above three types of harmonic pattern indicator, we can draw some interesting conclusion. Non lagging means repainting and lagging means non repainting. There seems to be some balance between fast signal and repainting issues. It might be the universal or physical law.

So the reason was simply because of the technological limitation. For example, we are still miles away from creating 100% hydrogen powered vehicles. This is simply because our technology is not mature enough to create such a car. This is nothing to do with moral integrity of car manufacturer, etc.

Experienced Harmonic pattern traders are just get used to use repainting Harmonic pattern indicators as in  Type 1, because no such a tool showing failed historical pattern in chart anywhere. Then they just use their experience to fill the missing information about the failed patterns.

Now the question, can we have non lagging and non repainting harmonic pattern indicator showing failed historical patterns in chart? This question means that can we push the technological limitation to overcome such a barrier ? The answer is yes. We have broken the critical technological barrier. Now you can have non repainting and non lagging harmonic pattern indicator giving you the true success rate in your chart.

5. Can we have non lagging but non repainting Harmonic pattern Indicator?

The answer is yes. This is the next generation of Harmonic pattern indicator which was born from the intensive scientific research by Young Ho Seo, the pioneer of scientific study of price patterns last 10 years. We shipped the technology to Profitable Pattern Scanner. 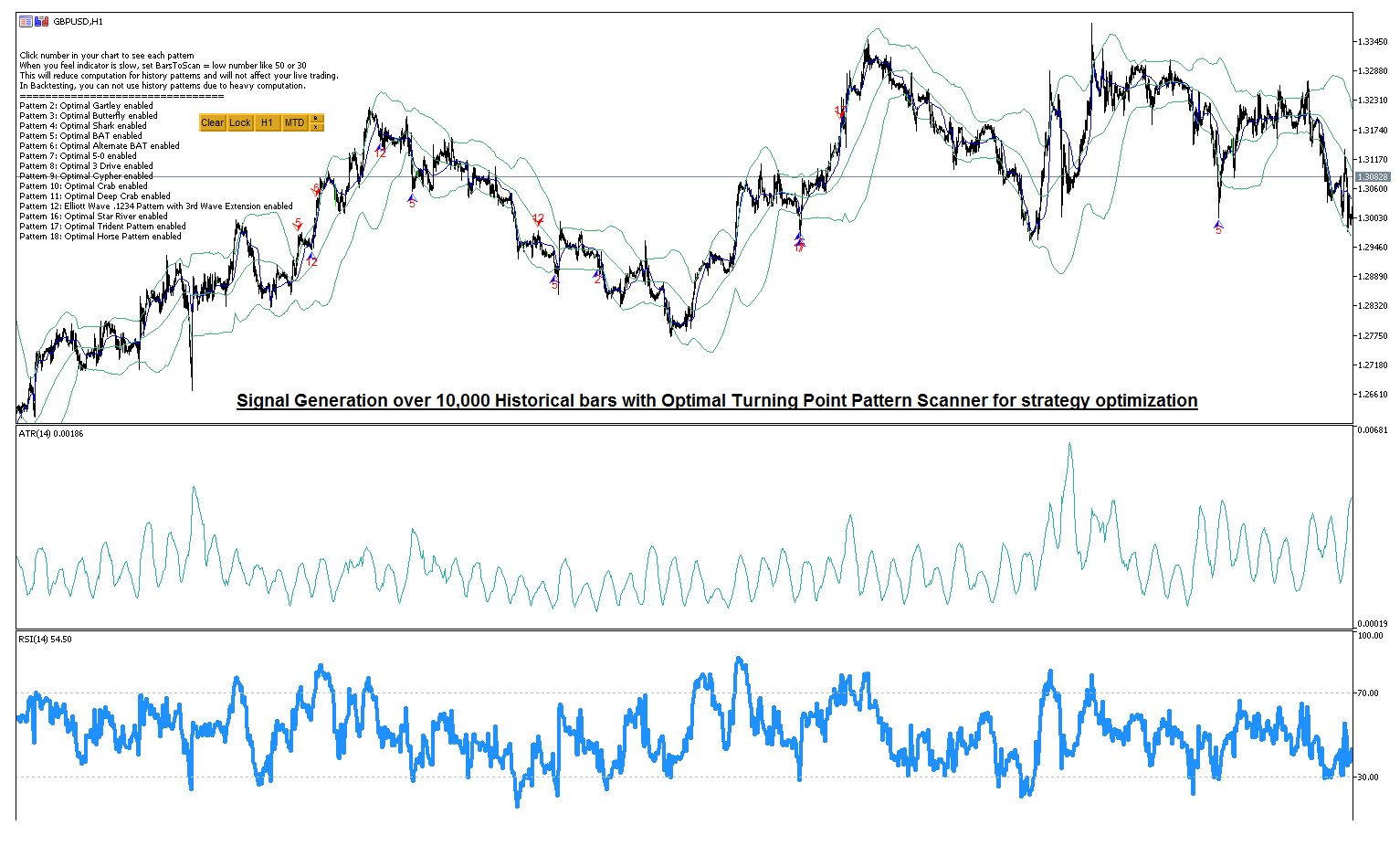 This type of non repainting and non lagging indicator will provide you the fastest signal entry like first type of harmonic pattern indicator. At the same time, it will show you the failed entry in your chart. Hence you can build your strategy in your chart with other technical indicators at ease or even in backtesting mode. Since you trade as you see from chart, the confidence for your trading will increase dramatically. This is the true hybrid of all above three types of harmonic pattern indicators. With little bit of knowledge on Pattern Completion Interval, you could take the entry at your favored risk to rewards ratio. We also provide Potential Continuation Zone to perfect your harmonic pattern trading. You can watch the video below for more information.

Below is the link to Profitable Pattern Scanner: 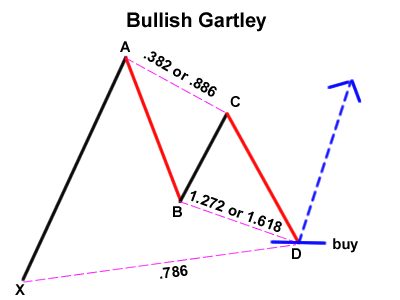 Please understand we took nearly 5 years of work to bring this technology. That was really hard work because there was no guide or no theory for possibility. Probably it was the same thing as one average person tries to build satellite or spaceship on their own. This was just born from many years of ground hitting with various algorithm. Now we hope we can guide many price pattern traders for the right and better practice.

Main Limitation of All Harmonic Pattern Indicator and Scanner