To use Elliott Wave better, you can combine the Elliott Wave Theory with the popular technical anlaysis, support and resistance. Before we introduce how to combine Elliott Wave Theory with Support and Resistance, let us cover some basics of Elliott Wave Theory. Ralph Nelson Elliott was one of very first person who believed that he could predict the stock market by studying the repeating price patterns in the price series. The Wave Principle from Elliott states that the wave patterns in different scales are repeating and superimposing on each other forming complex wave patterns. If harmonic pattern directly focuses on the short patterns made up from five points, the Wave Principle, developed by Ralph Nelson Elliott, describe how the financial market evolve to meet the equilibrium with the repeating wave patterns, equilibrium fractal waves. The advantage of Elliott Wave theory is that it is comprehensive as the theory provides multiple trading entries on different market conditions. With Elliott Wave theory, traders can perform both momentum trading and mean reversion trading. The disadvantage of Elliott Wave theory is that it is more complex comparing to other trading techniques. In addition, there are still some loose ends in detecting Elliott wave patterns. For this reason, many traders heavily criticize the lack of scientific methods of counting Elliott Waves.

Elliott Wave theory can be beneficial to predict the market movement if they are used correctly. Junior traders are often fear to use Elliott Wave because their complexity. From my experience, Elliott wave is not a rocket science, anyone can probably learn how to use the technique with some commitment. However, not all the book and educational materials will teach them in the scientific way. If we are just looking at the three rules from the original Wave principle only, then there are definitely some rooms where subjective judgement can play in our wave counting. This makes starters to give up the Elliott Wave practice too quickly. Fortunately, there are some additional tools to overcome the subjectivity in our wave counting. First tool but the most important tool is definitely the three wave rules from the original Wave Principle. They can be used as the most important guideline for the wave counting.

Below we describe the three rules:

Here is the short article explaining about how to use support and resistance together with Elliott Wave Patterns. 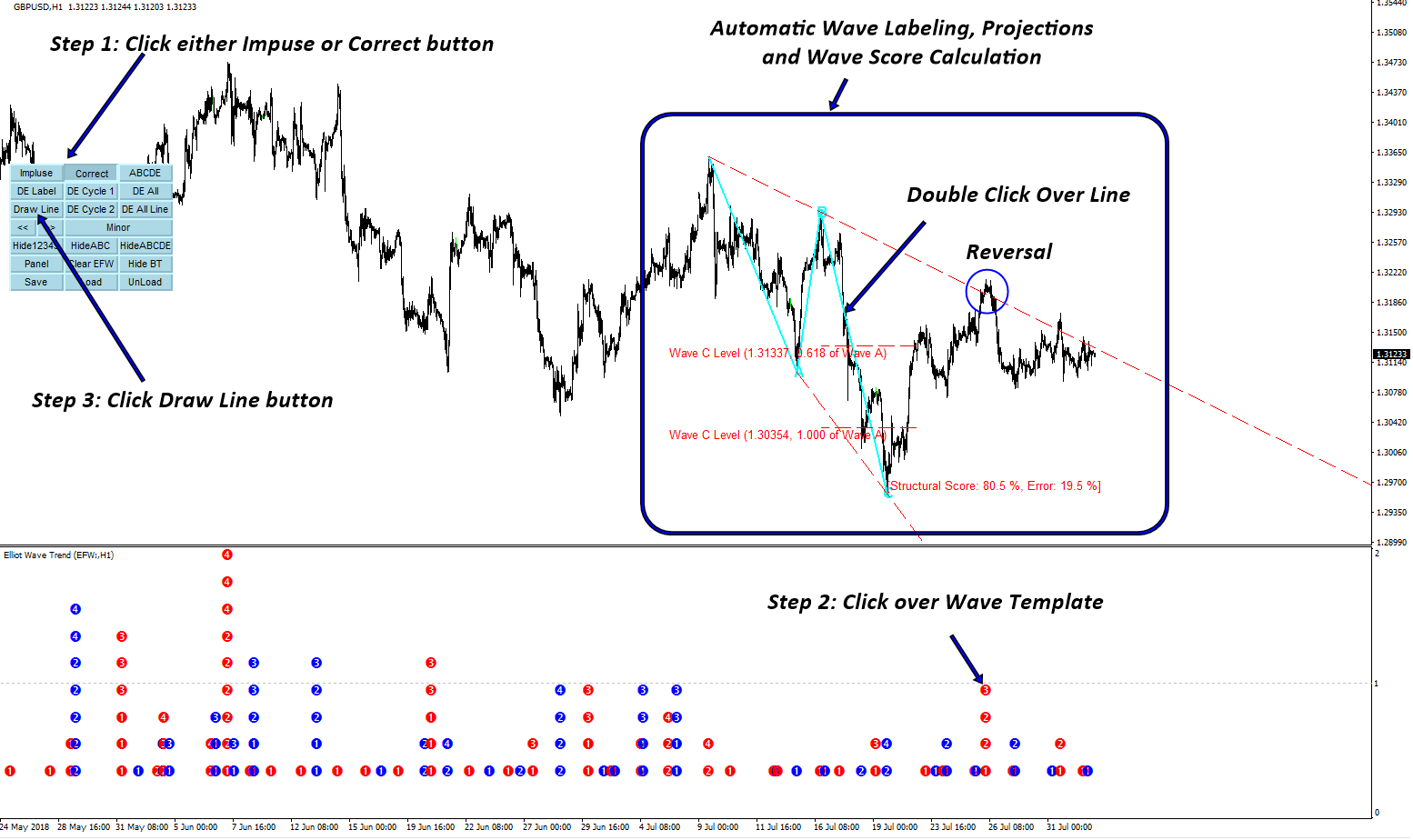