Once we have transformed the price series into triangles using Peak Trough Analysis, we are almost ready to study the price patterns using the ratio and size variable. However, before we do that, you need to understand these triangles generated from Peak Trough Analysis are Fractal Pattern. In Fractal Pattern, the same or similar geometric shape is repeating infinitely in different scales. In another words, with Fractal pattern, we are likely to see the same or similar pattern when we magnify the part of pattern. In the Romanesco Broccoli, the smaller piece, if they are broken off from the bigger piece, do look like the big piece. Like this, in Fractal Pattern, the same or similar patterns are occupying the entire structure of an object. 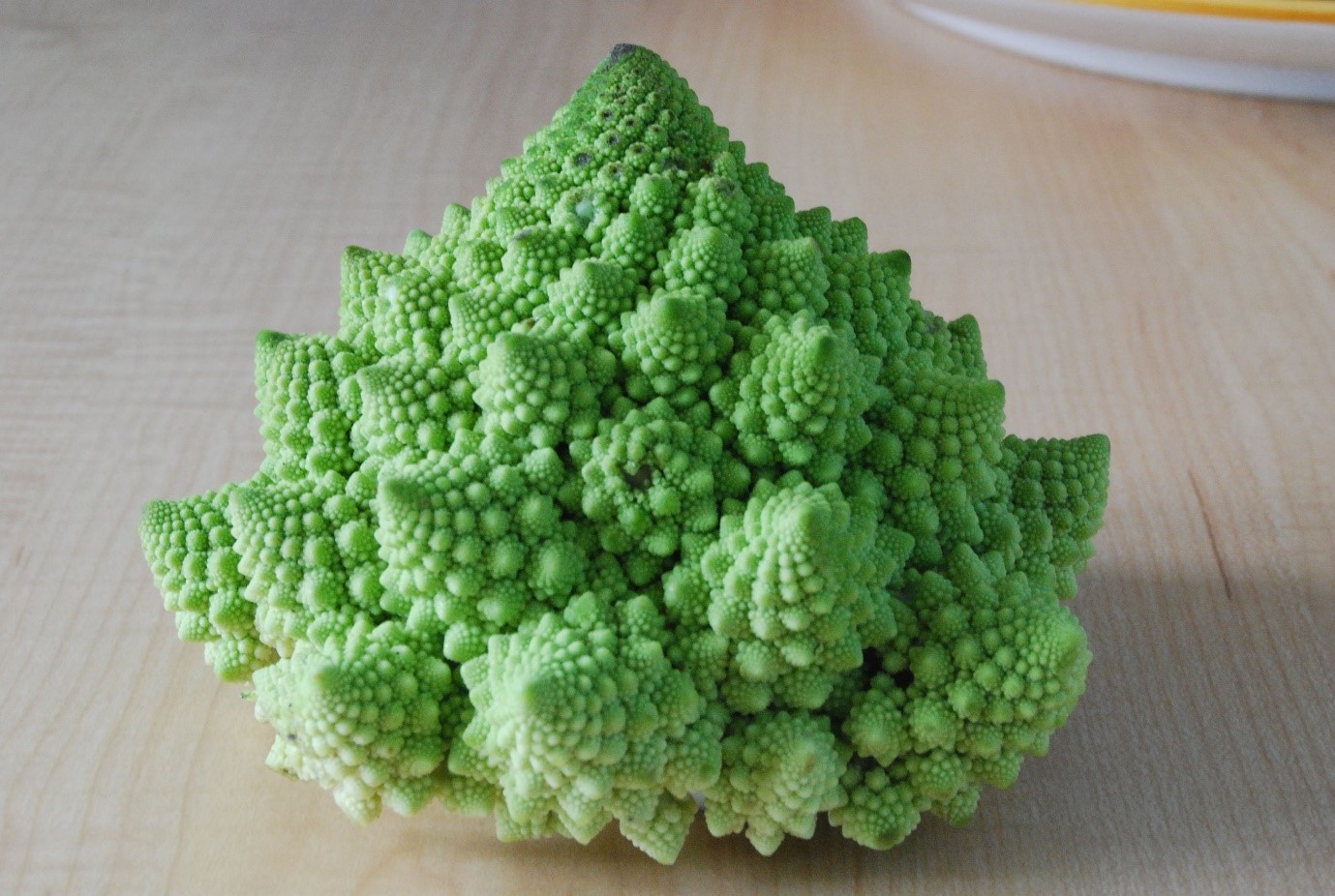 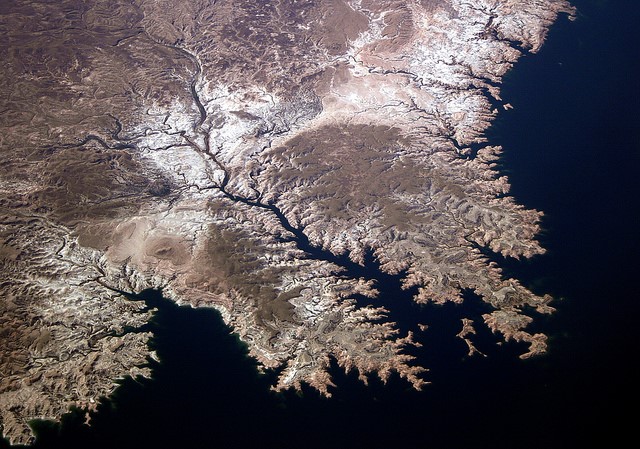 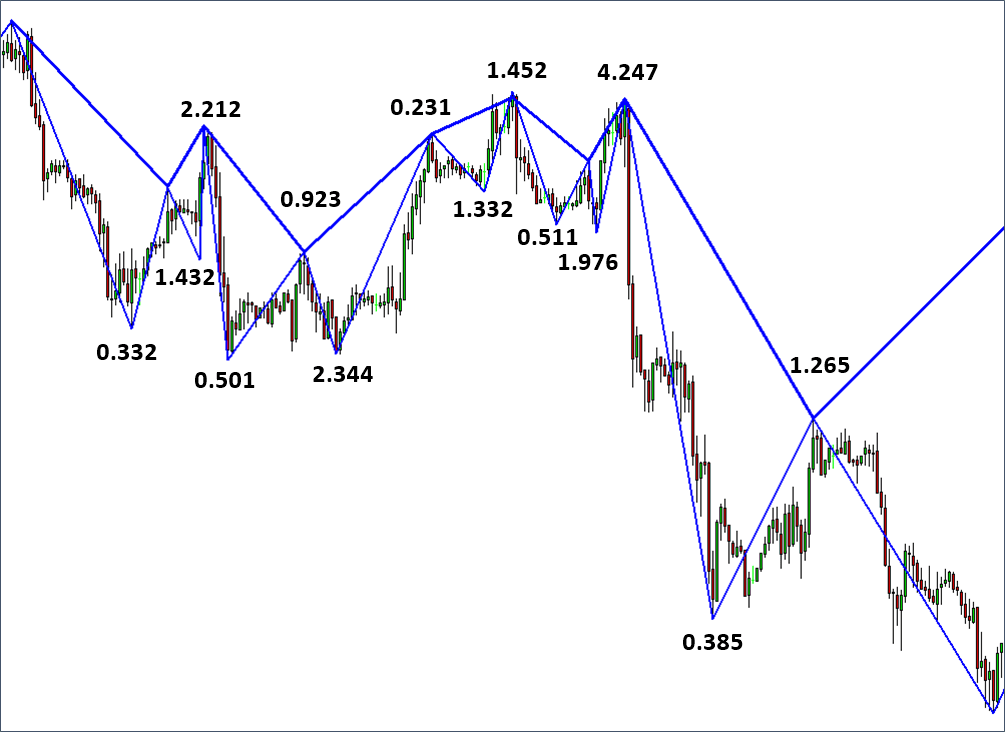 Figure 1.3-4: Fractal triangles made up from peak and trough in EURUSD 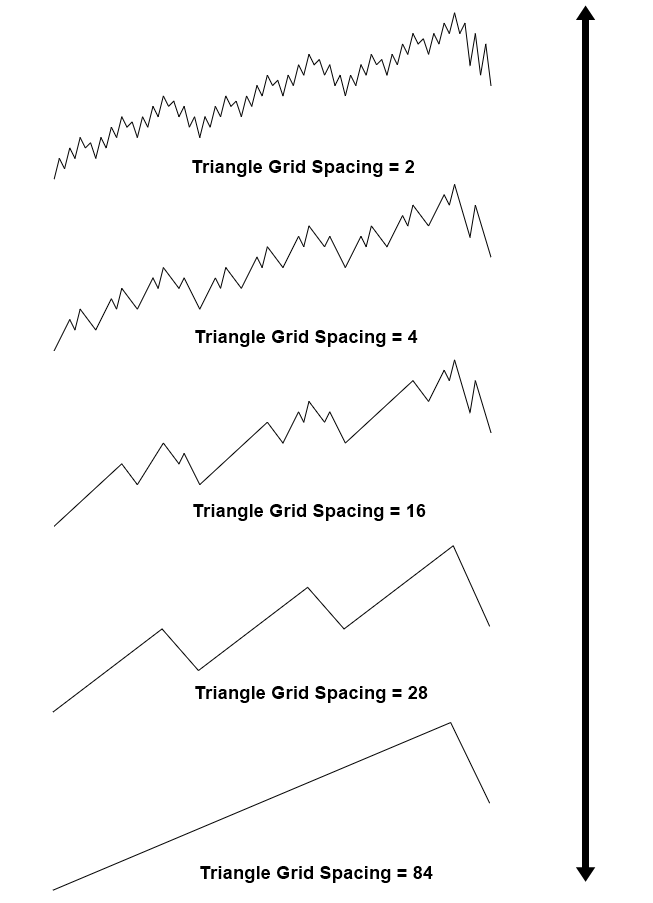 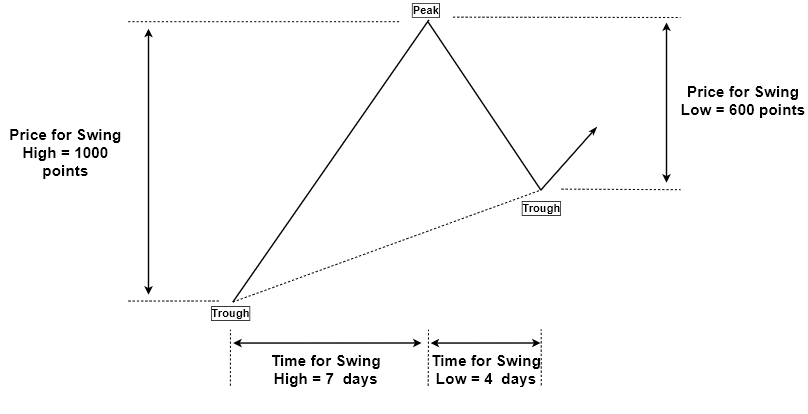 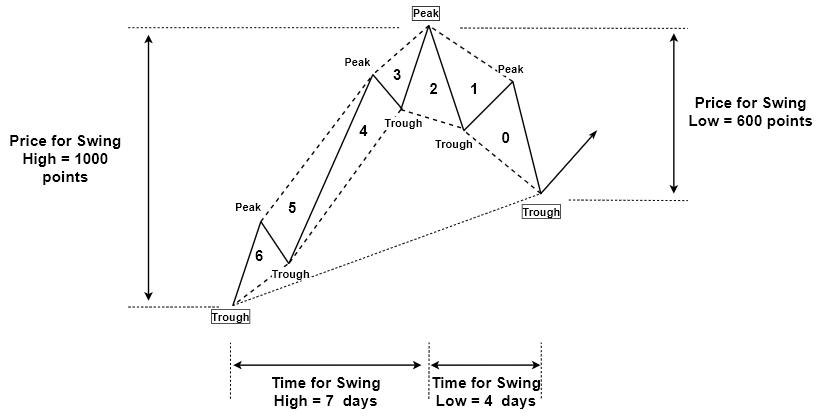 Understanding the fractal wave can be challenging for now. However, you might be thankful to the existence of the fractal wave for your trading because there is only one geometric shape you have to concern throughout different scales. It is not that you have to concern triangle, rectangle, curve, or any other random polygon in our prediction. In the case of financial market, it is the triangle shape, which we have to concern only. In another words, fractal pattern, as well as fractal wave, is efficient in terms of memory. In scientific and engineering world, fractal geometry is often used to compress large size of data into smaller size. For example, as long as you capture the detail of mother pattern that encloses child patterns, you are able to construct entire scales of fractal patterns. This is the useful property in many industrial applications.

Another important point behind the mother wave and child wave is that in history, many legendary traders often spot the price patterns as in mother wave that are made up from smaller child waves.  For example, Elliott Wave, Gartley, and Butterfly Pattern are the good example of mother wave and child wave. Existence of child wave inside mother Wave does not alter our geometric prediction equation defined in the first chapter. However, on top of the size and ratio variable, we need to consider the joint effect between small and large fractal waves. Understanding the joint effect is one important reason why some might be successful in trading whereas some might be unsuccessful in trading. You can not ignore this joint effect because we are dealing with fractal patterns that are infinitely repeating in different scales. Hence, your success in financial market is highly related to your understanding of this joint effect between small and large waves.