We are currently working on the new version of Fractal Pattern Scanner. We are trying to improve its signal part for your convenience.

In the new version, the detected breakout signal (mother wave) will be described in terms of A – B = C.

Respectively, A, B and C are described as below:

A: How many bar ago the origin (peak or trough) of the breakout was detected

B: How many bar ago the current position of breakout (peak or trough) was detected

Therefore, with C, you can find out how fresh or mature the breakout signal is immediately. Smaller distance (C) means the fresh breakout to enter. Depending on the market condition, you can also enter the breakout while it is running too.

We have described this breakout trading example of A-B = C in the screenshot 1 and screenshot 2.

Screenshot 1 was created when the breakout signal was just given from Fractal Pattern Scanner in EURUSD H1 timeframe.

Then in Screenshot 2 was created after the breakout was running for profit for sometime in the same chart.

In both screenshot, you can tell how A-B = C works for your breakout trading.

Stay tuned for further news about this update. We are working to deliver you the profitable system in your hands.

Here is the landing page to our  Fractal Pattern Scanner 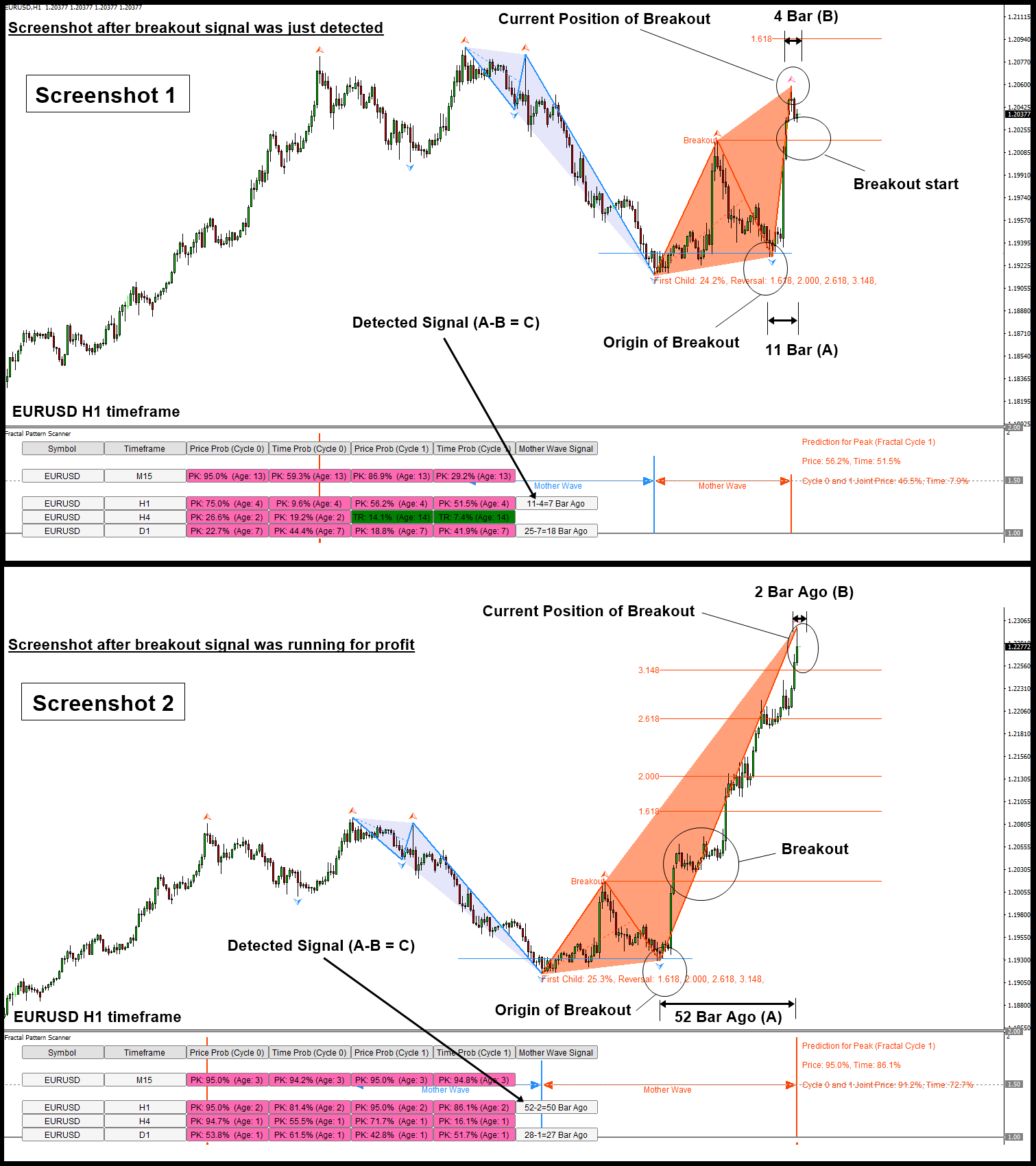