In this article, we will discuss how to identify the Corrective Wave in Elliott Wave to trade in Forex and Stock market as well as some underlying principle in Elliott Wave. Before we go on to the Corrective Elliott Wave, we need to understand what is Elliott Wave first. The Elliott Wave Principle states that the crowd or social behaviour follows a certain wave patterns repeating themselves. The Wave Principle identifies two wave patterns. They are impulse and corrective wave. Often, the term impulse wave is interchangeably used with the motive wave. Both motive and impulse wave progress during the main trend phase whereas the corrective wave progress during the corrective phase against the main trend. In general, the Impulse Wave has a five-wave structure, while the Corrective Wave have a three-wave structure. It is important to understand that these wave structures can override on smaller wave structure to form greater wave cycle. Elliott Wave theory is useful in identifying both trend market and correction market. As the Elliott Wave Theory already assumes that price progresses in the Fractal-Wave form, they do not suffer from lagging of price like the smoothing algorithm based technical indicators do.

This is really quick guide on how to identify Corrective Wave using Elliott Wave Trend indicator in MetaTrader platform. In Elliott wave, the corrective wave has the structure of Wave abc. We can have simple five steps to identify Elliott wave ABC with Structural Score in your MetaTrader.

Step 1: Look for 2 x EFW in the indicator window

Also note that Structure Score over 85% is good and acceptable typically.

Also provided price level is an important support and resistance for your trading.

This is really quick guide line on how to use Elliott Wave Trend. We provide more articles and manuals on our product page.

Visit below link for more information about how to use the powerful features of Elliott Wave Trend. 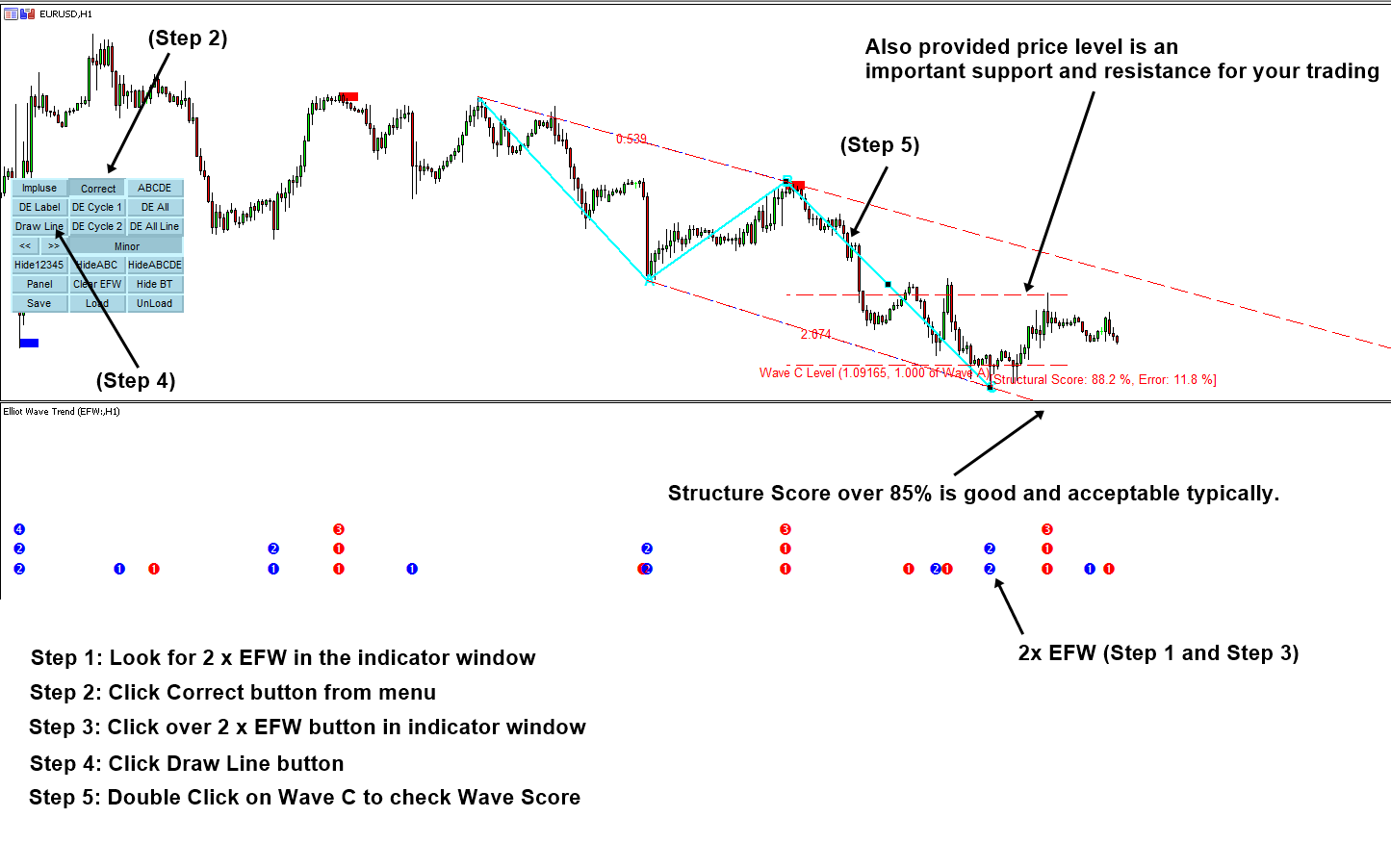