In the first chapter of this book, we have introduced three prediction equations. The good market prediction is the one that takes account for both statistical regularity and geometric regularity together. On top of that, if you can add surrounding knowledge around the market, this could be the most complete form of prediction. Surrounding knowledge around market is the information that describes the current market condition outside statistical and geometric regularity. This can include fundamental and political knowledge. The topic of fundamental and political knowledge is comprehensive. We will not cover them here. In this book, we will focus on the technical version of Geometric Prediction equation mostly. You can heavily resource the technical prediction taught in this book for your trading. However, you should never block yourself from the latest information source for the market news and fundamental data release in any case. Below is the three version of the geometric prediction equations.

Geometric market prediction requires recognizing statistical regularity and geometric regularity in chart. To aid your market prediction, it is possible to devise a tool. We can create the most intuitive tool by combining the functionality of Fibonacci retracement with probability. The idea is that probability will help us to recognize the statistical regularity whereas Fibonacci retracement will help us to recognize the geometric regularity. We can call this tool as Fibonacci Probability Graph. 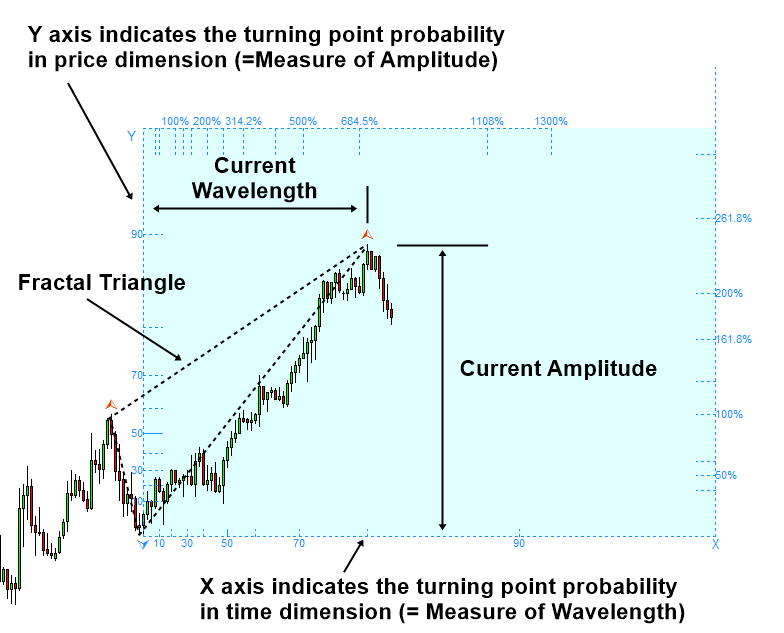 To recognize the geometric regularity in chart, we can use Fibonacci retracement ratio. Top axis and right axis are respectively represent the Fibonacci retracement in time and price. The way it works is nearly identical to the classic Fibonacci ratio analysis. Even though you have no knowledge around fractal wave, you can use the top axis and right axis perfectly. What is even better, the Fibonacci Probability graph provides the additional information in time dimension. 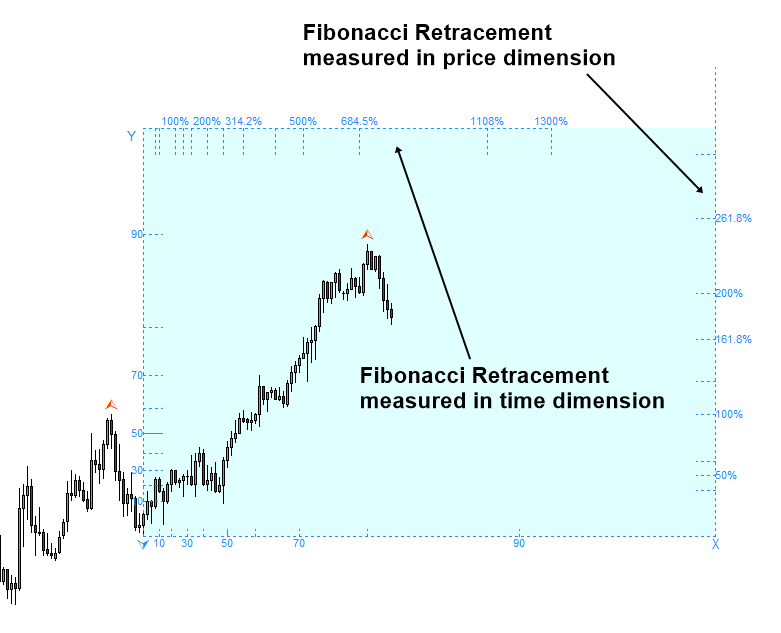 Right axis provides the ratio of fractal wave measured in price dimension. The formula to calculate the ratio is like below: 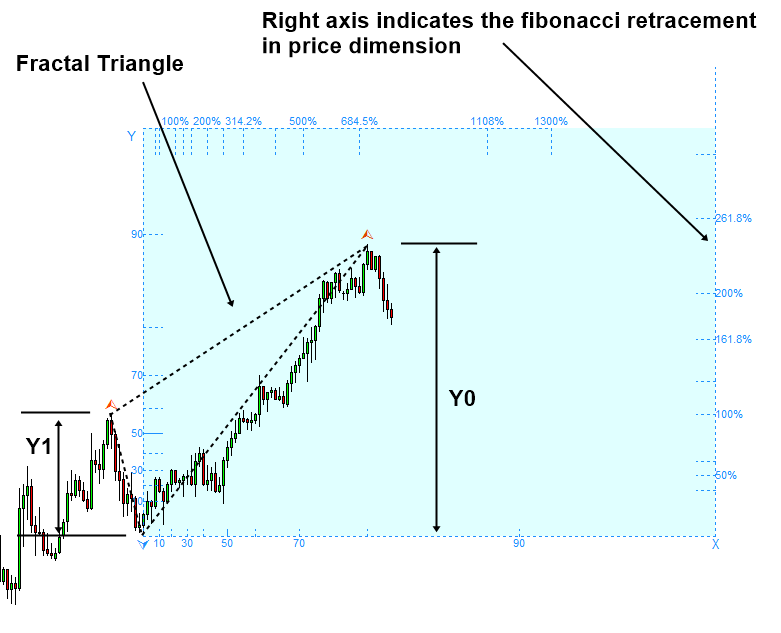 Likewise, the top axis provides the ratio of fractal wave measured in time dimension. We use the identical formula to calculate the ratio as below: 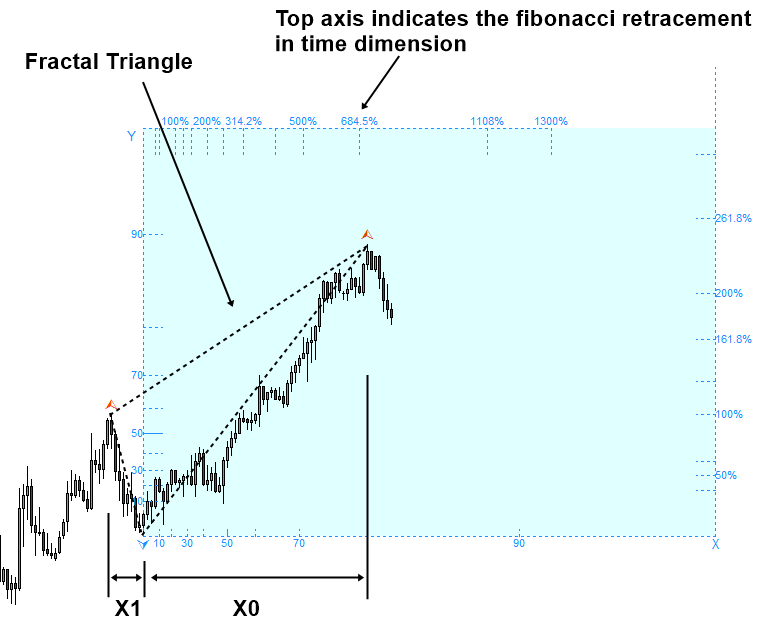