When we try to apply the geometric prediction equation, we need to remember one specific point about financial market. Price dynamics in the financial market are fractal. By definition, in fractal pattern, the same or similar geometric shape is repeating infinitely in different scales. We need to pay attention to the fact that we could have a confluence between different scales. It is like two rivers meeting to form a bigger river in concept. In such a case, we can expect stronger market movement (Figure 4.2-1). 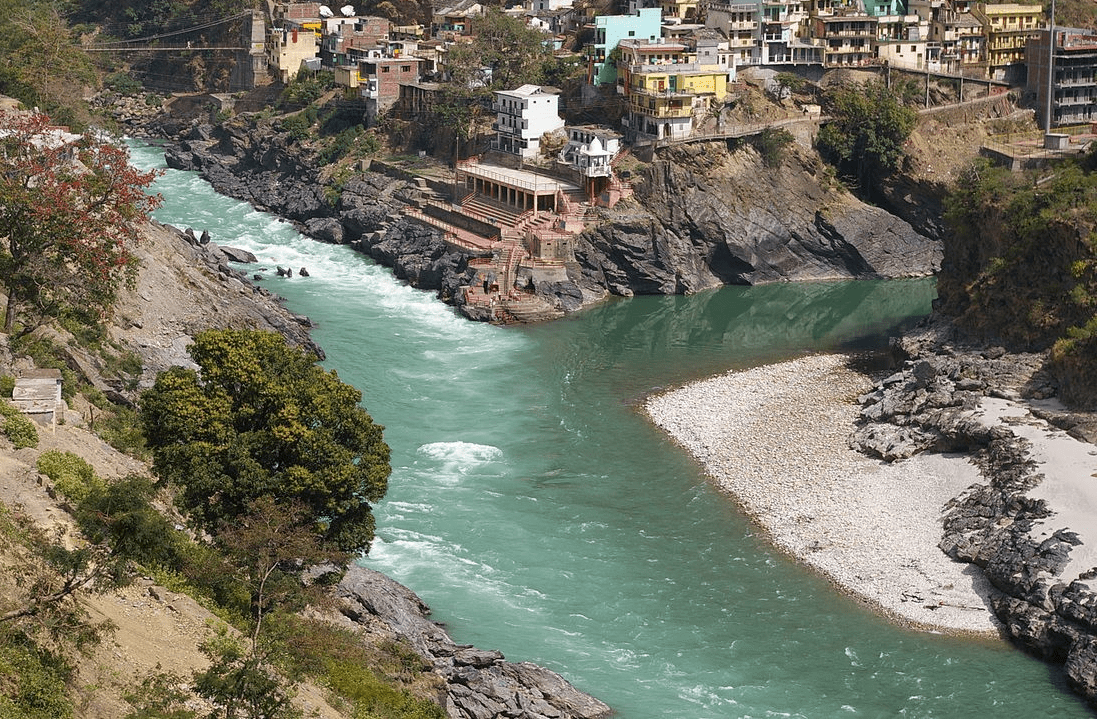 Figure 4.2-1: Conceptual representation of Confluence between small and large cycles

In fact, this concept is not new. We have already touched the concept through the deterministic cycles in previous chapter. For example, mathematically we can find the global turning point, where the turning point of small and large cycles meets together (Figure 4.2-2). Unfortunately, in stochastic cycles, we do not have fixed wavelength and amplitude. We can only estimate the turning point probability based on current amplitude and wavelength. 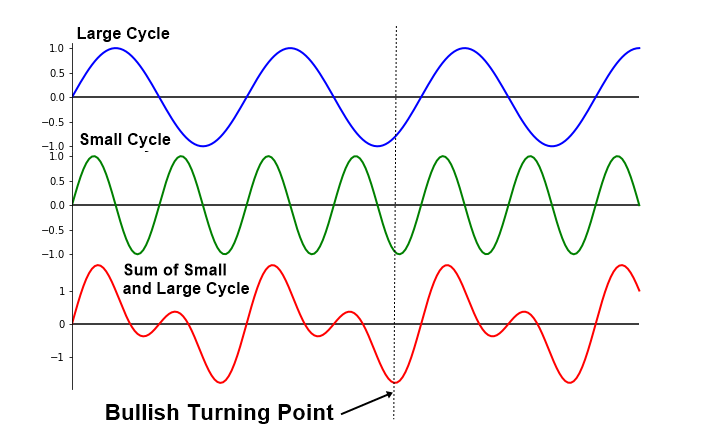 We can only tell if current amplitude and wavelength could become a turning point with some measured certainty or uncertainty. However, we can never be sure for 100%. If each cycle only provides the probability to become peak or trough, then how can we estimate the confluence between small and large cycle of stochastic cycles? Probably, one way to do is calculating the joint probability between small and large cycles. 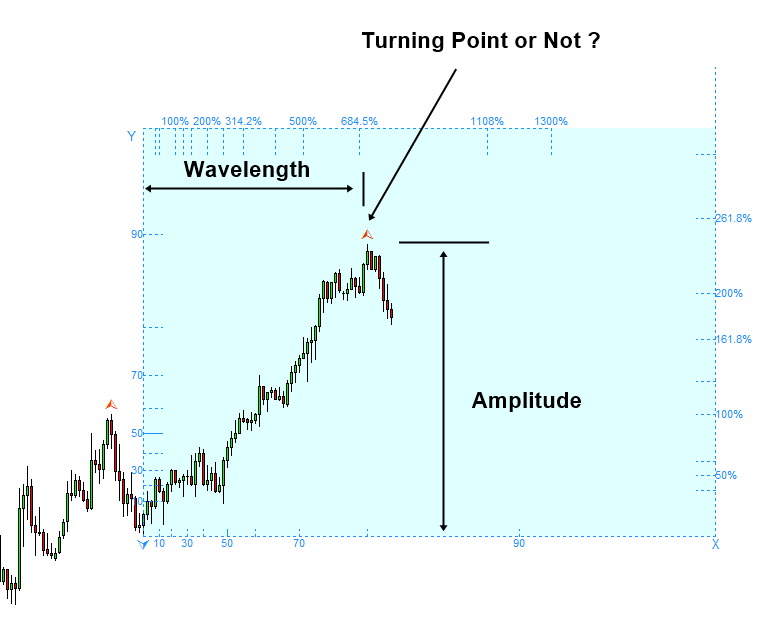 To visualize this joint probability concept in our trading, consider we have one small cycle and one big cycle. Say that three fractal triangles in the small cycle are the child waves of one fractal triangle in the big cycle. In such case, we can calculate two turning point probability, one for child wave (Triangle 0), and the other one for mother wave (Triangle M0). Firstly, we can calculate the turning point probability for the Triangle 0, the child wave, based on its amplitude and wavelength (Figure 4.2-4). 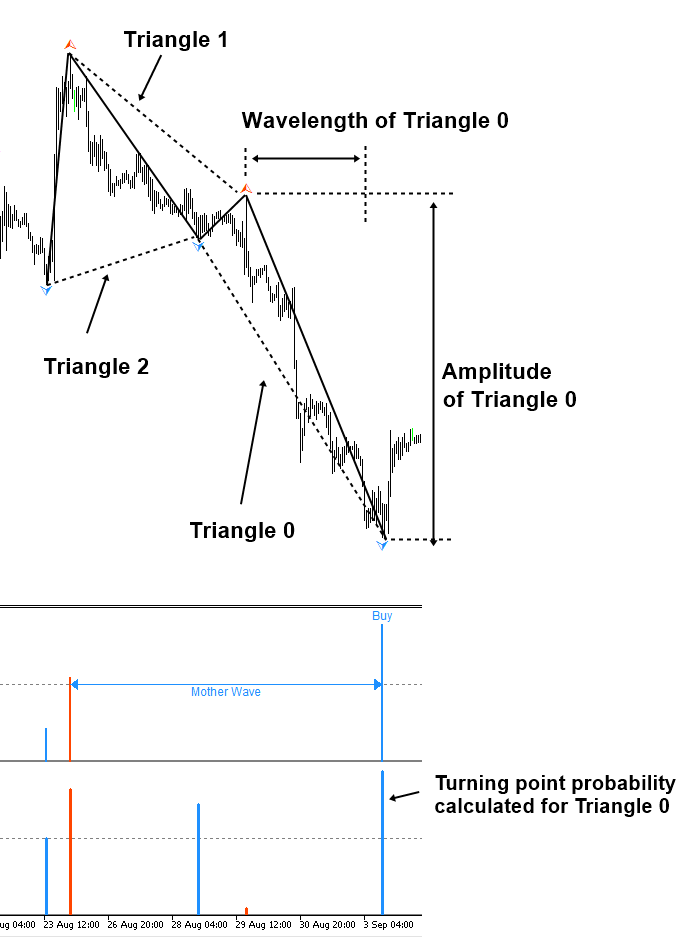 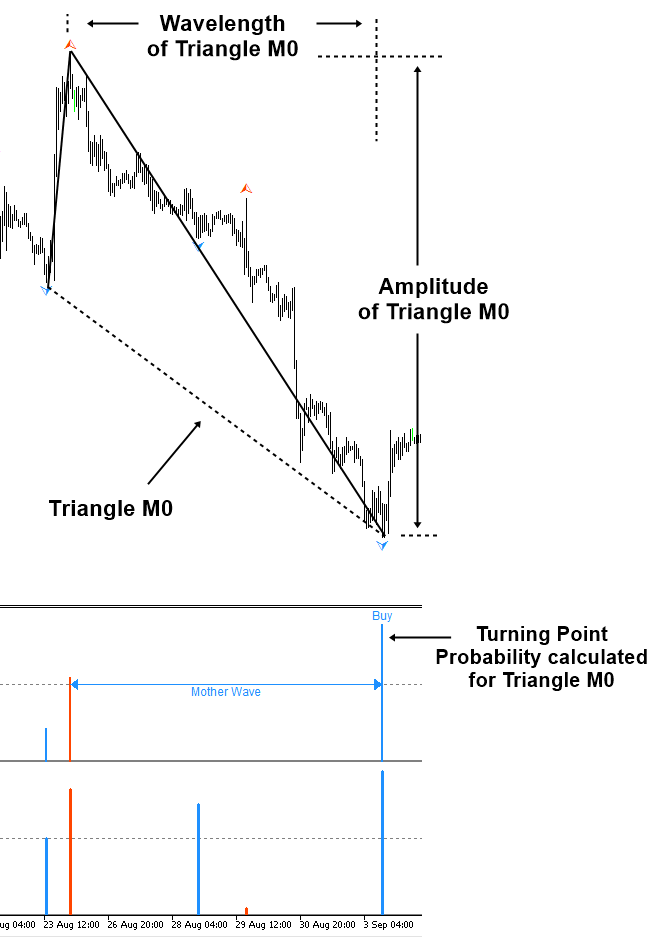 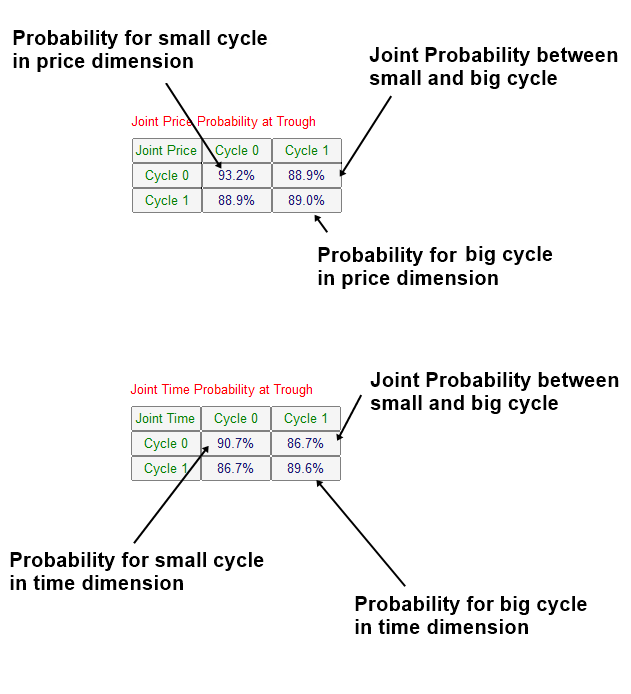 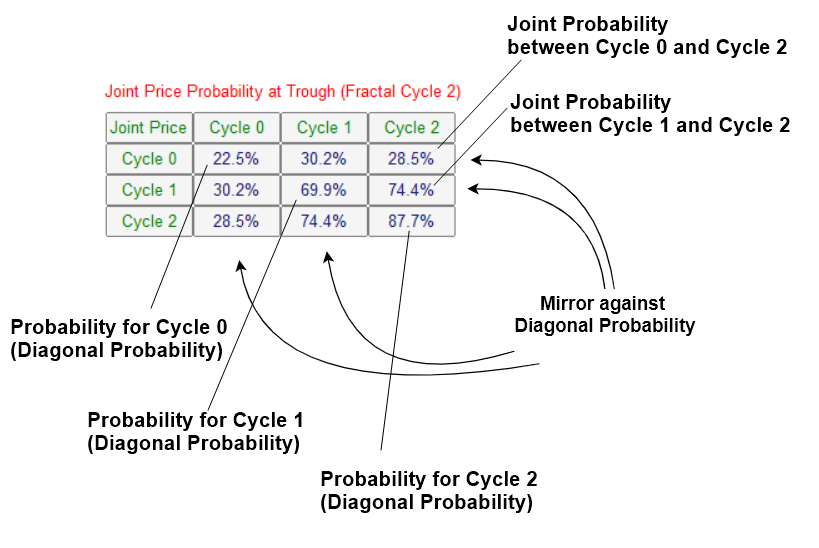 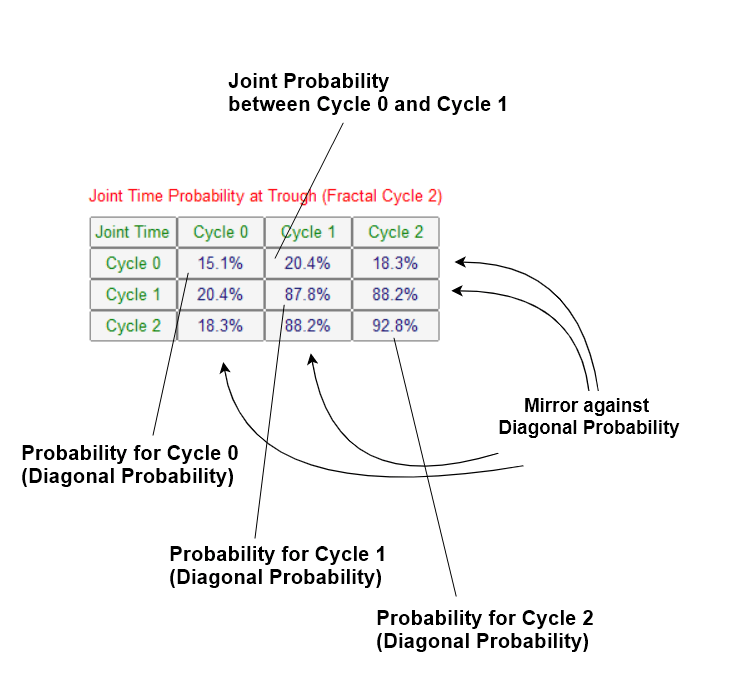 High joint probability in time dimension tells us that bearish market was continued for prolonged period (Figure 4.2-9). At the same time, price moved deep enough for possible turning point. If there is any fundamental and political reason for bullish market, then this could be good opportunity to ride a big bullish market. 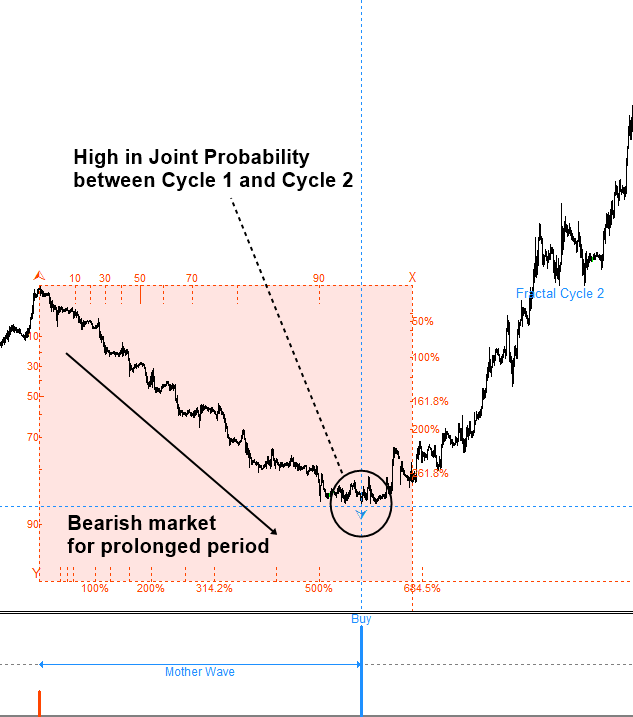 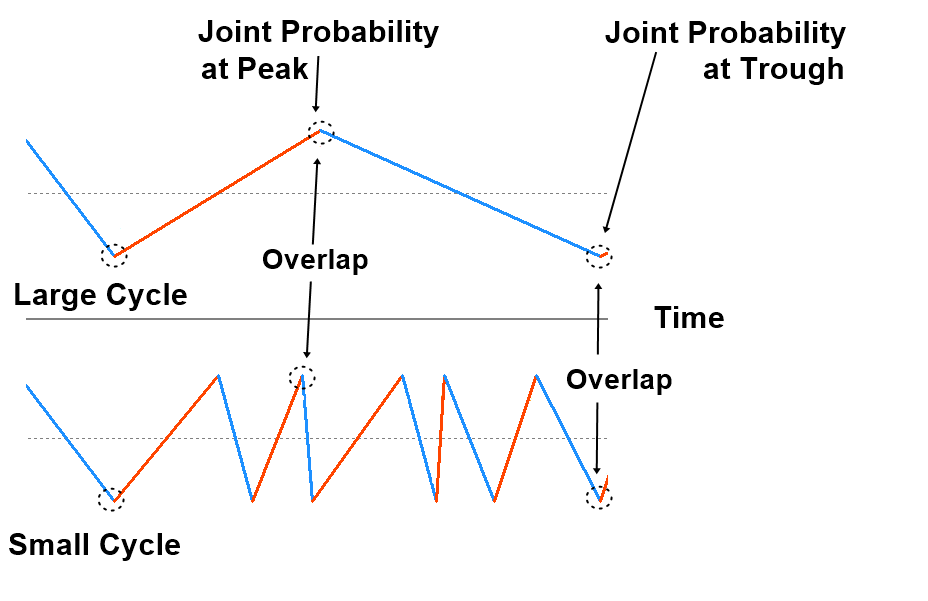 Figure 4.2-10: Demonstration of overlapping peak and trough in small and large cycles

Finally, the joint probability helps to make the statistical prediction on the chance of two events to happen together. In our case, the Joint Probability describes the chance that one fractal triangle will end and new fractal triangle will start in both small and large cycles. This is the equivalent concept in the stochastic cycle to the global turning point in the deterministic cycle. Hence, this often provides you the most robust entry at which current trend changes its direction. However, this does not mean that you have to wait for the sufficiently high joint probability in your trading always. When the joint probability is not noticeable, you can use the probability for each cycle too. In this case, just stick to the Geometric prediction equation. In another words, you need to find the geometric regularity to justify your statistical regularity, which is the turning point probability in this case. It is even better if you do have some knowledge on the surrounding market condition.