We use turning point strategy because of their high reward/risk ratio. Higher rewards/risk ratio means relatively lower winning rate comparing to other lower rewards/risk trading setup. As an extreme example, in scalping, you can achieve over 90% of winning rate if you have the target profit of 1 pip against 20 or 30 pips risk. However, it does not mean that scalping is better technique than other strategies. With scalping, you have to increase frequency of trading to achieve the same profit level as other techniques do. In addition, few losing trades will risk your account quickly. In harmonic pattern trading, higher rewards/risk ratio will reduce your winning rate dramatically. It is hard to say exact winning rate. Roughly, your chance to be successful is somewhere between 10% and 60%. Of course, it can be higher depending on your discipline and rewards/risk ratio. When we trade with turning points, we can be wrong many times. However, few winning trades will offset your loss and will offer you profits. Several losing trades will never impose a lot of pressure on your account when you are taking reasonable risk for each trade. Turning point strategy has nice operating characteristics for trader. Unlimited profit range is the key merit on why the turning point strategy is loved by many traders (Figure 11-1). In addition, the required frequency of trading is much less than other trading strategy. This sort of strategy will fit to the life style of many of us. Having said that, many traders do not understand the skills and discipline required for turning point strategy. In essence, the key to apply successful turning point strategy is reducing number of losing trades. 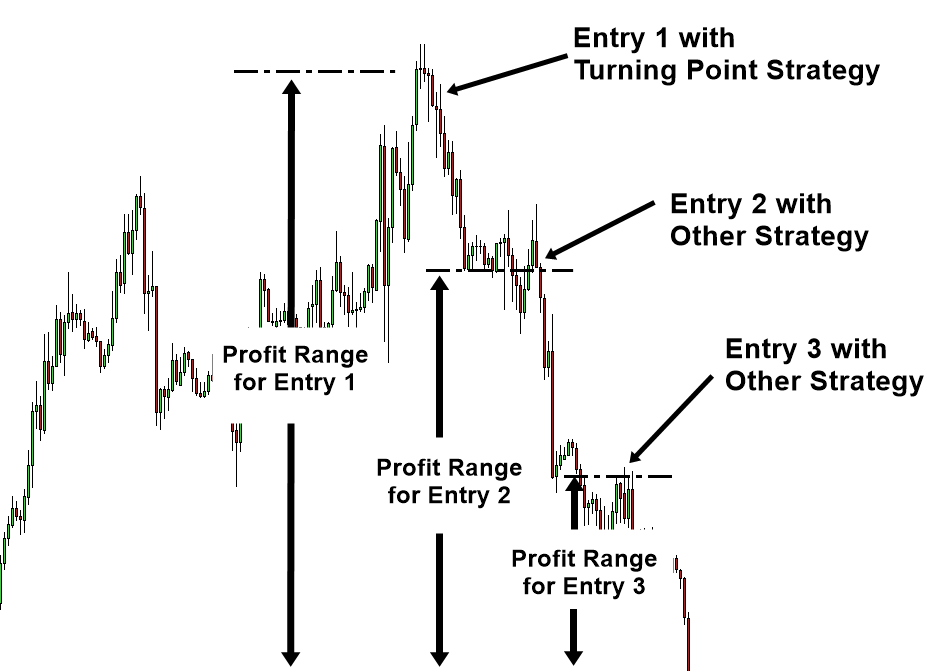 Figure 11-1: Profit range of turning point strategy compared to others. 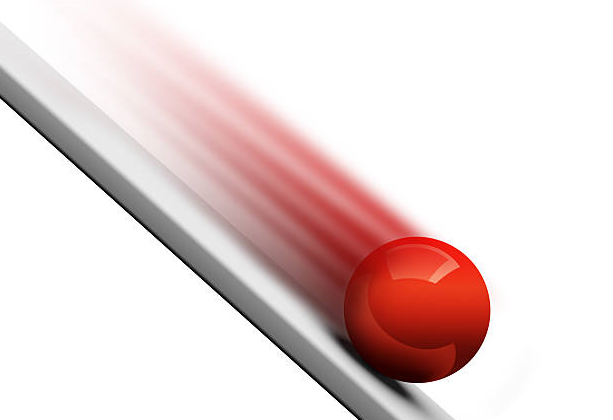 Figure 11-2: Schematic diagram of rolling ball on the slope.

Most of time the bullish turning point will come after heavy selling period. In the case of global turning point, it would come after intensive selling (Figure 11-3). In the case of continuation and local turning point, the turning point will come after some selling (Figure 11-4). When we look back this in chart, it seems everything is ok. However, if we are standing at the time before the turning point happens, this is not fun to be honest. Especially we have just sent some large buying orders when all bearish investors think this might be suiciding. Even in this fearful moment, we still do this because we know that there are people waiting to enter buy when price is sufficiently discounted. However, this is only half of our equation. 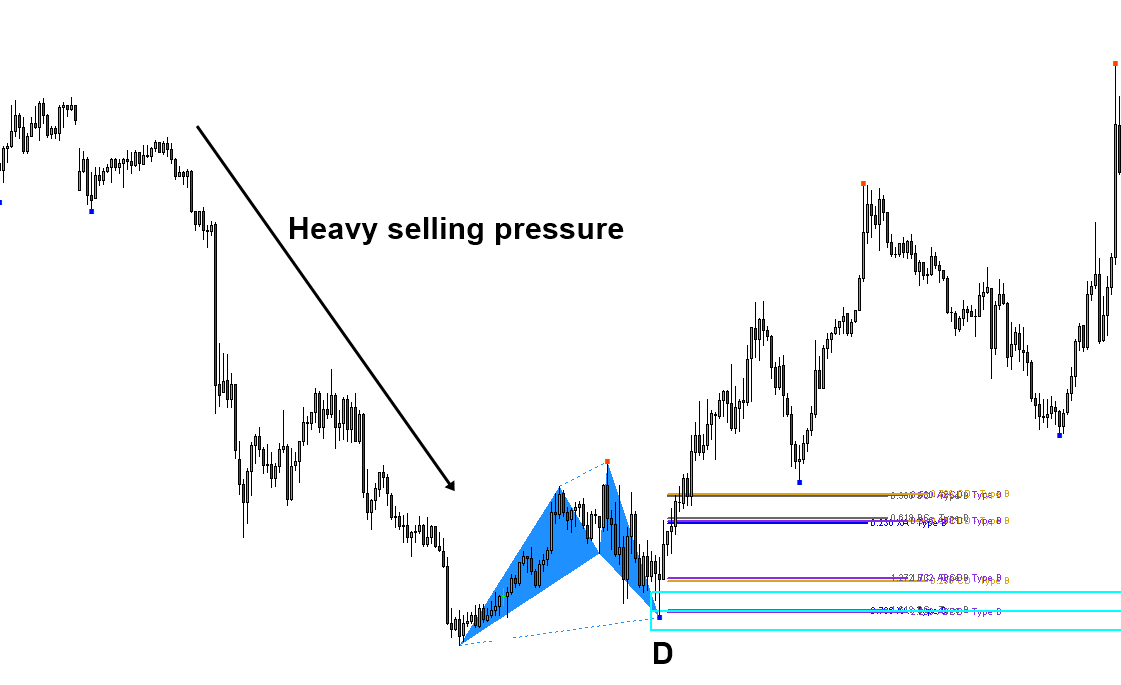 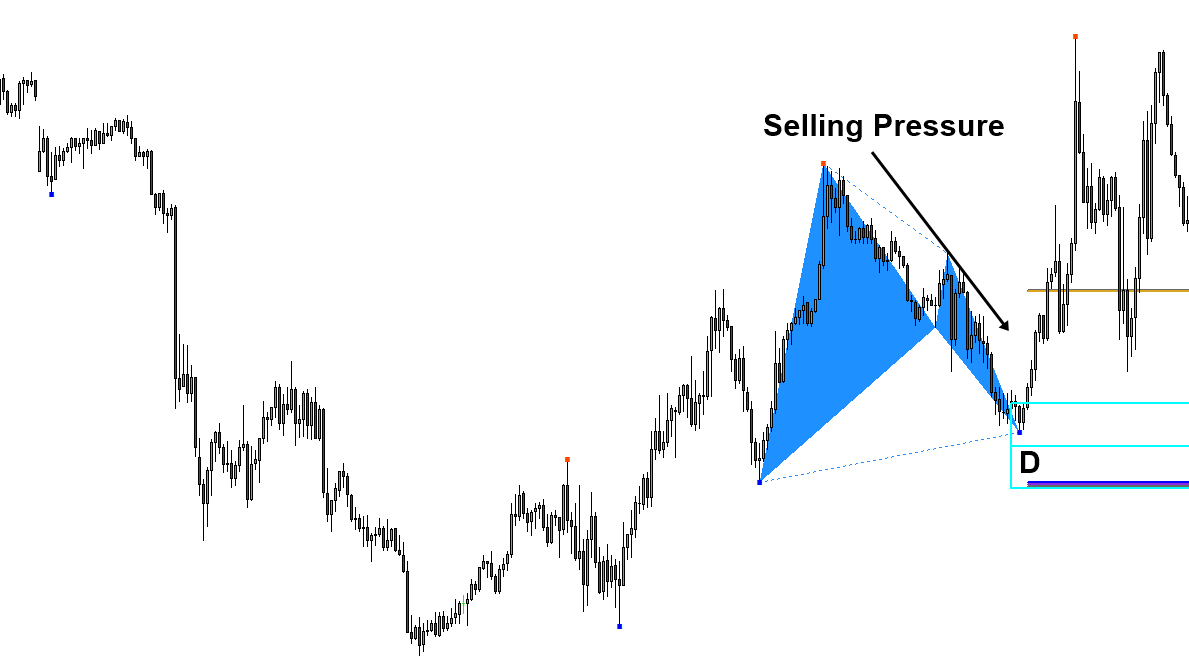 To deal with this rolling ball effect, sometimes, you can employ the multiple entry technique for harmonic pattern trading. In multiple entry technique, you will split your order into two or three smaller. At first, you will open first entry with the order size of half or one third of one full order. Then you will monitor how the market is responding. If market is going down further, this means that the rolling ball effect is still not cleared yet. As price is going down further, the harmonic pattern can fail. During this process, this might be losing trade or this might be breakeven if you are skilled. At the same time, you have to check if the market is showing some intent to become bullish or not for your future second entry. If the market showed some intent to become bullish, then you can wait for the second opportunity. It is important to have sufficient price distance between your first and second entry though. Second entry must be well below outside the Pattern Completion Interval of the first entry to account for the rolling ball effect. If we meet the turning point in our first entry, it is the best scenario. In such scenario, make sure that you are using maximum profit range to account for the reduced position size. Even if our first entry did not go well, we still have the second chance. Now, you might be wondering how many entries are recommended in multiple entry. Typically, two is recommended and three is the maximum I can suggest. If you split your order into too many pieces, then you profit size is getting smaller too. I do not recommend going over more than three typically. Two is good choice and three is the maximum. 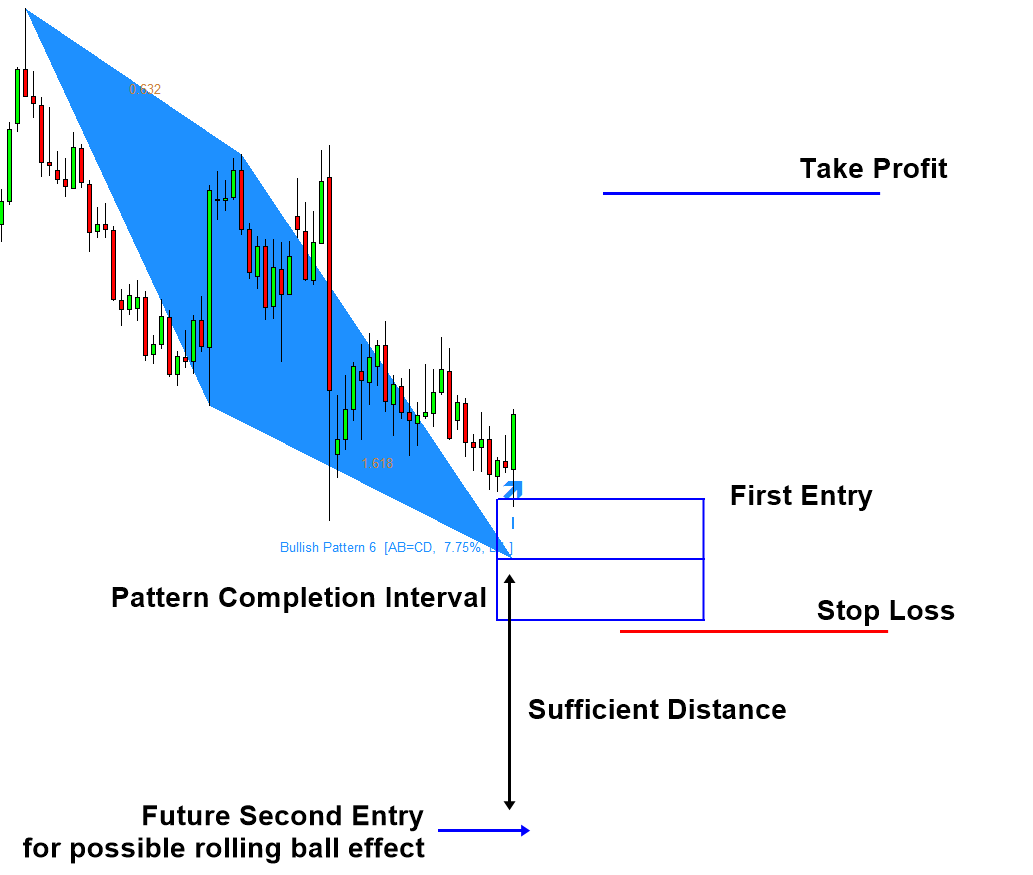 Sometimes, there are people doing exactly opposite to multiple entries recommended here. That is they are taking multiple exits. For your information, multiple exit technique can not deal with the rolling ball effect if the entry of two orders are identical. Multiple exits with same entry isn’t efficient technique because the end result is more or less the same with single entry with the averaged take profit between two take profits. For example, some trader sets two take profits at 0.381 and 0.618 Fibonacci projected level from D point. The results of this will become close or identical to one take profit at 0.500 Fibonacci projected level in long run.  I do not recommend this sort of multiple exit setup. However, if you must do this sort of multiple exit setup, then I recommend using Potential Continuation Zone, instead of simple Fibonacci projection. Potential Continuation Zone, introduced in this book, is much better predictor of turning point after the D point is confirmed. Hence, you can use two Potential Continuation Zone sensibly to place your two take profit targets. In addition, if you are going to employ two orders, try to differ the entries to account for the rolling ball effect. If you are differing the entries of the two orders, then it will become the multiple entry technique we have been explaining here. 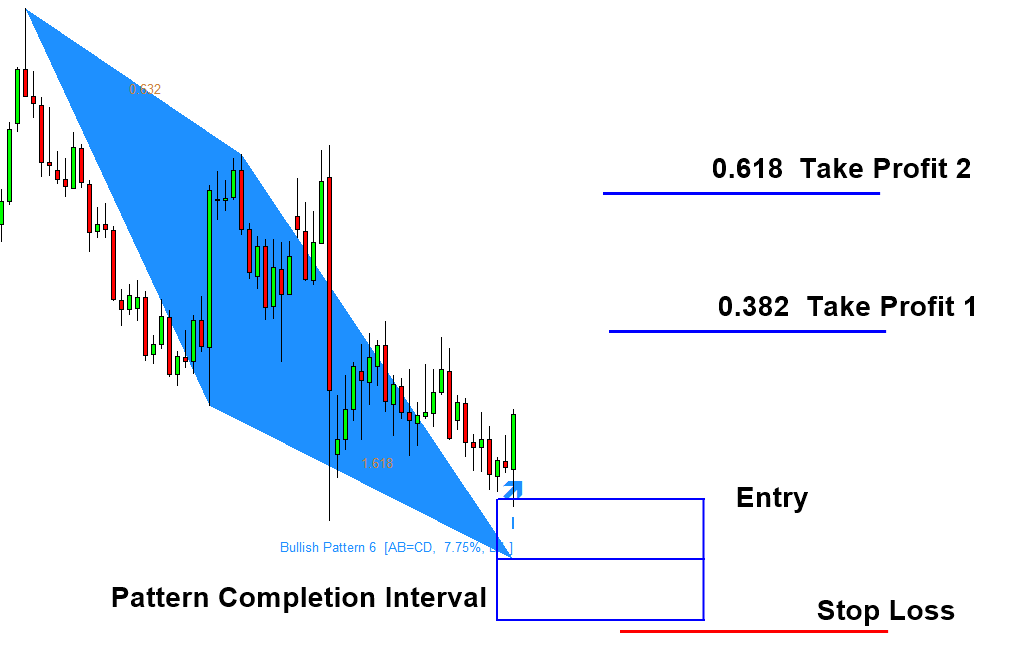 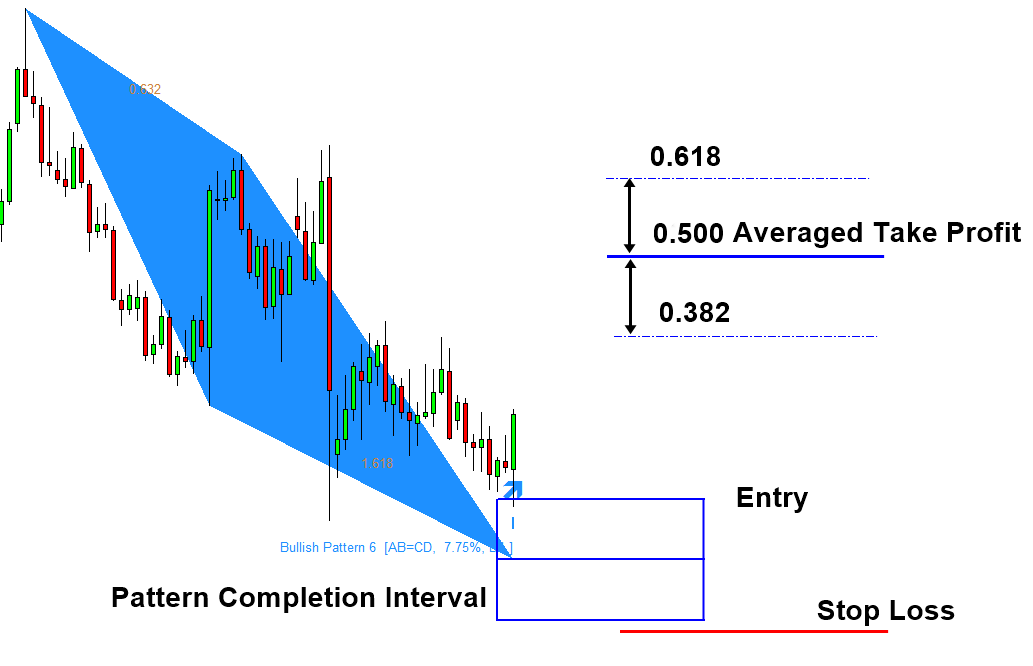 Various Risks in Trading and Investment
Scroll to top