Here we introduce ABC of Breakout Trading with Fractal Pattern. Fractal Pattern is the ultimate tool to predict Fractal Wave in the financial market. We are not talking about the Fractal indicator by Bill Williams. Fractal indicator does not adapt the fractal wave since the indicator is not alternating peak and trough in turn. However, we are talking about more like Elliott Wave pattern, which encompasses small waves inside bigger wave.

We call this big fractal wave made up from several mini waves as the Mother Wave. We call the mini waves inside the mother wave as child waves. In Fractal Pattern Scanner, detecting of highly probable breakout pattern is an automatic process. Hence, you will notified when the potential breakout pattern is detected. When the breakout pattern is detected, we need to understand what is the A, B, C to trade with breakout. A, B and C are all expressed as the number of bars for easy application in practice. We count the bars from the latest bar to backwards. For example, 2 bar ago in H1 timeframe means that it references the bar in 2 hours ago. Here is the brief description of A, B and C for trading breakout in terms of their time reference.

A:  Position of the origin (peak or trough) of the breakout: This is the important reference for breakout because this is the first fixed reference position before breakout happens.

B: the current position of breakout (peak or trough) after the profit was running for sometime. 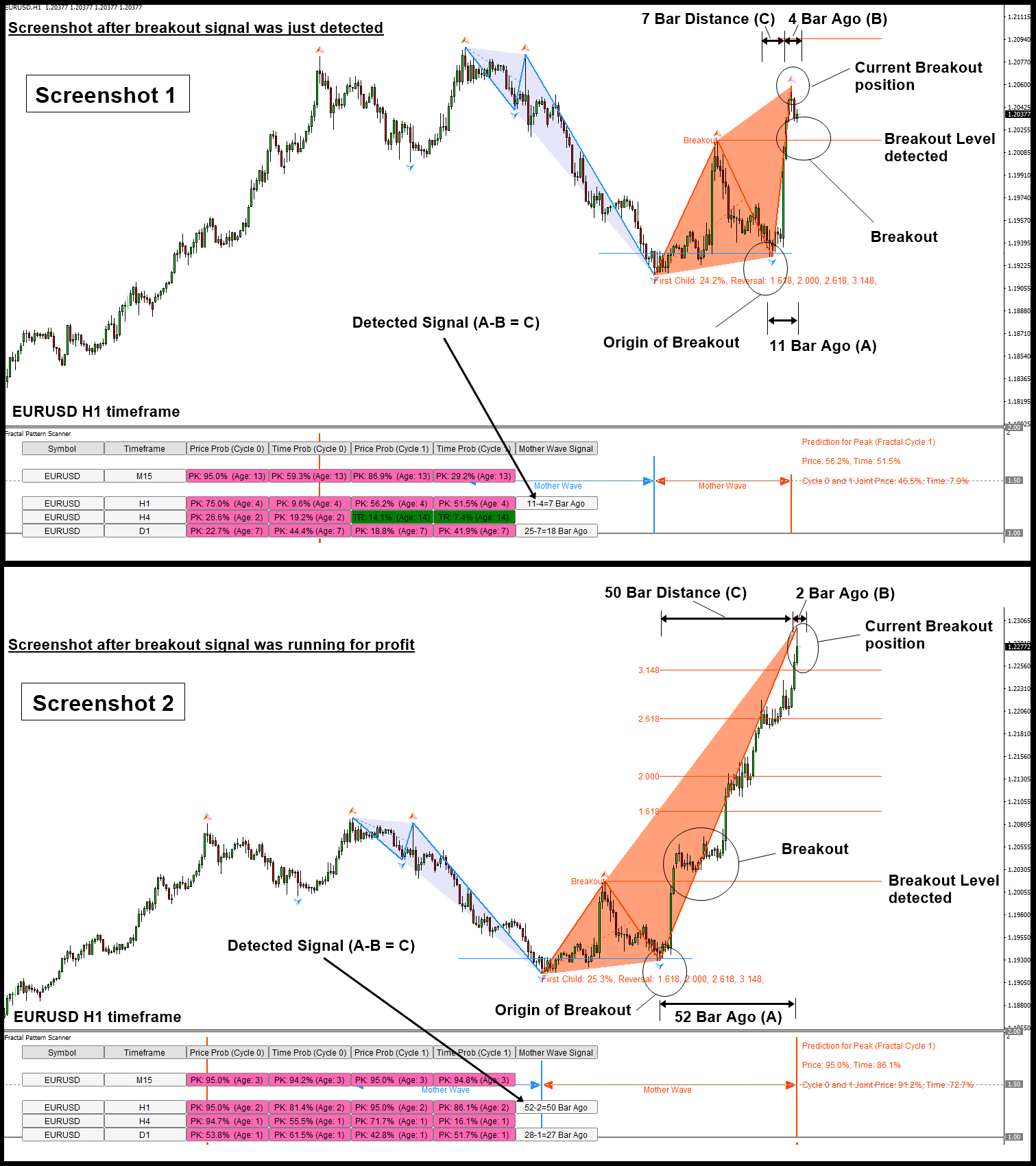 Breakout Trading and then Recommendation for Turning Point (i.e. reversal)
Scroll to top