Elliott Wave is popular Trading strategy in the trading world. The Elliott Wave Theory was originally developed by Ralph Nelson Elliott. It was populated by Robert Prechter.

These three rules are the very general statement about the movement of the financial market. There are a lot of subjectivity when we apply these original rules in trading. Hence, we do not recommend you to trade with these general rules.

In practice, we need more specific and objective rules instead of above general rules. Yes, we will follow the general rules but we will measure the accuracy of Wave Pattern Structure to eliminate bad Elliott Wave patterns in trading.

With these two Wave Structure Score, you can identify the correct Elliott wave patterns from many candidate Wave patterns.

Here are the links for Elliott Wave Trend. 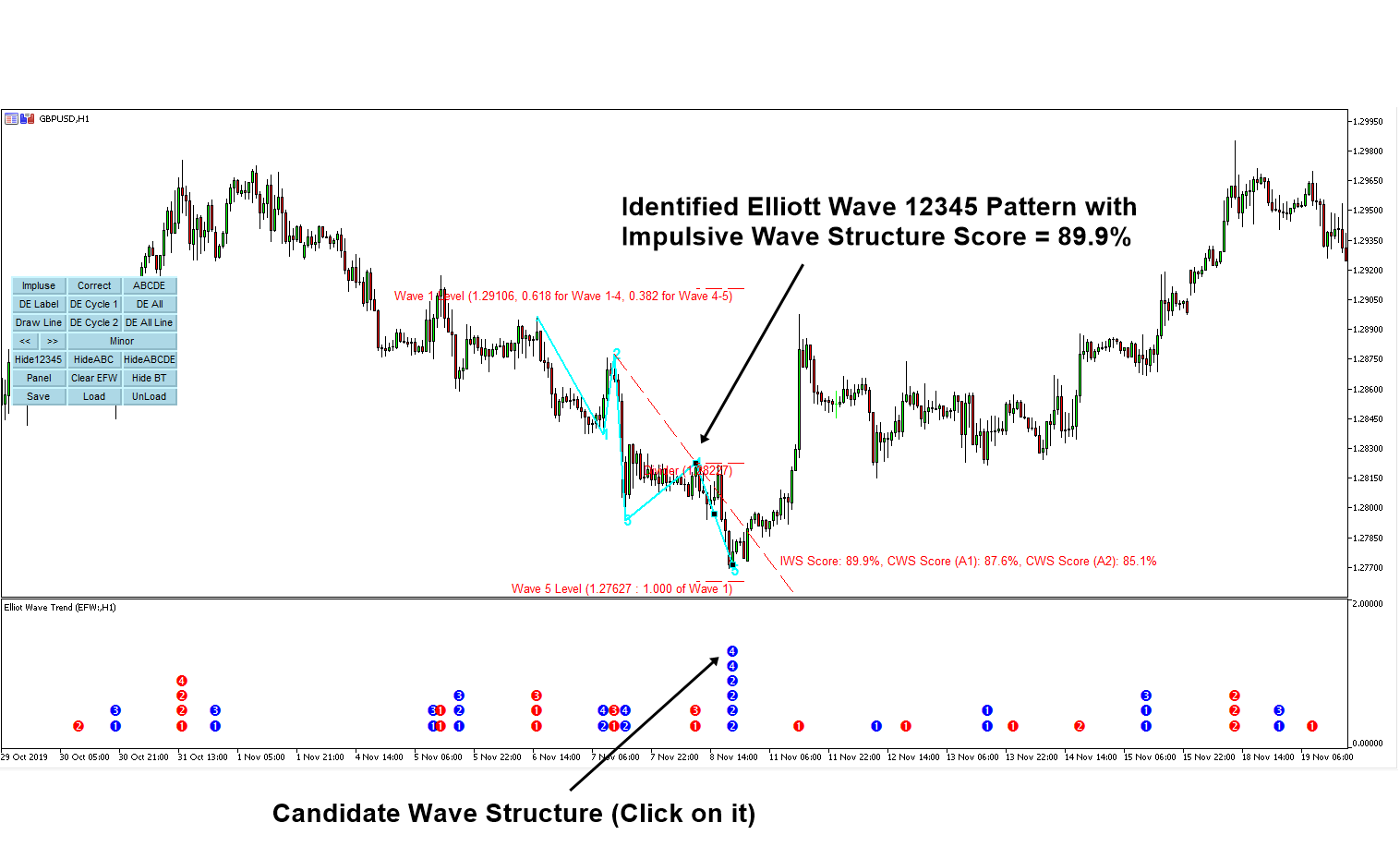